DTU has endeavored to link education and research in its mission to become a large, modern and reputable university. With noteworthy achievements in every field, DTU’s reputation for research has soared due to its many well-cited papers published in prestigious international journals. The Institute for Research and Development was established as an upgrade of the Center for Research and Development in August 2011 and has since been transforming its research and training activities. 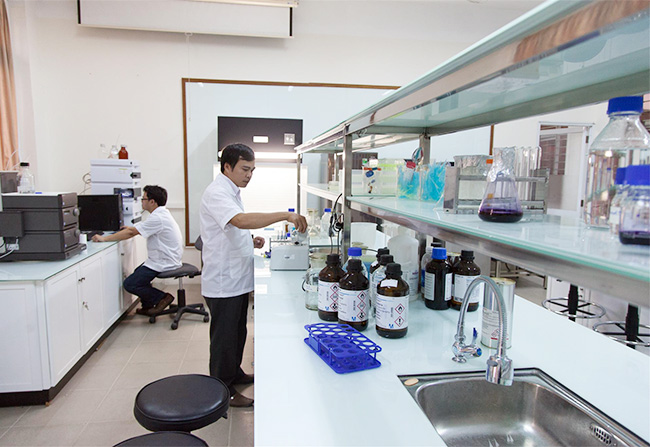 Scientists working on experiments
DTU has brought together a team of PhD and Master’s graduates from well-known universities worldwide, from countries such as the USA, Russia, France, Germany, Canada, South Korea, Belgium and Japan, in order to attract more top talent. DTU currently has one thousand full-time staff members and lecturers, of whom 16.5% hold PhDs or other professorial titles and 75% with Master’s degrees, who all teach and conduct research. Through their high-level contacts, they have created a network of leading scientists from all over the world, who all contribute to the quality of research at DTU. 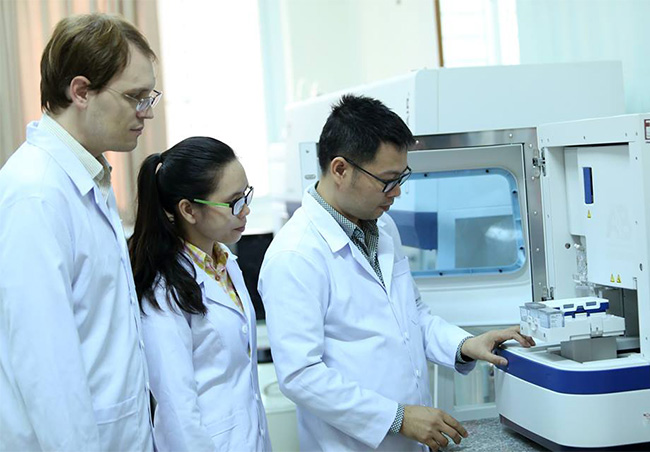 Focused on each research project
DTU scientists work on projects in Electricity and Electronics, Biomedical Science, Pharmacy, Physics, Optics and Mathematics. This new research environment has allowed DTU to organize both national and international conferences in Information Technology, in 2013, Electronics and Telecommunications, at Commantel in 2013 and 2014, and SigTelCom in 2017, in Spectroscopy and Optics, nationally and internationally, chaired by Professor Vu Xuan Quang, Director of the Institute for Research and Development and former Vice-Director of the Institute of Physics of the Vietnam Academy of Science and Technology, and so on. 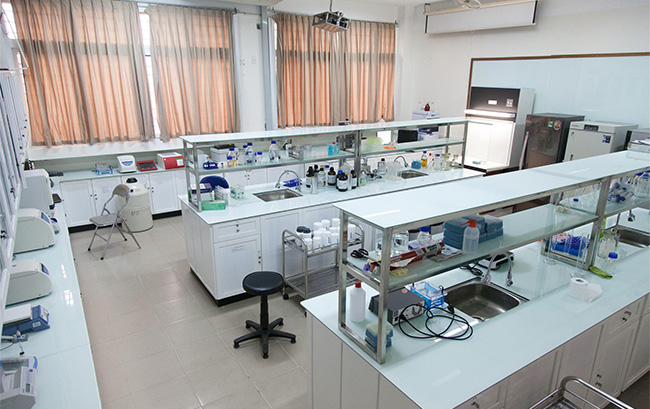 Modern research equipment
DTU research is diverse, from fundamental to applied, and research centers have been created with training and experimental labs with modern equipment for high-tech applied research:
- Center for Information Technology and Communications
- Center for Computing and Data Processing
- Center for Implementation and Application
- Center for Molecular Biology
- Center for Environmental Technology
- Center for Construction, Mechanics and Materials
- Center for Advanced Chemistry
The number of staff and research partnerships has grown steadily, with 682 publications in ISI-indexed international journals to date. DTU has received 8 VIFOTEC awards, completed 4 ministerial projects, 22 Nafosted projects and several international projects in collaboration with universities in the UK, the USA, Germany and elsewhere.
Many of the DTU ISI papers are published in journals have high Impact Factors, including seven by Center for Global Health Initiatives, with an impact factor of 44.002. Dr Nguyen Van Khiem’s paper, entitled “DNA redox hydrogels: Improving mediated enzymatic bio-electro-catalysis” had an IF of 9.312 and Dr Nguyen Thi Ha’s “Higher-Density culture in human embryonic stem cells results in DNA damage and genome instability” had 5.365. In addition to high IF scores, DTU papers are published in journals with high Citation Indices, in 12 journals with indices from 300 to 600, 14 from 150 to 299 and 23 from 100 to 149.
The Danang People’s Committee gave 26 awards for the best ISI publications in 2016, with 22 going to researchers who were the main authors and 4 to DTU staff working in conjunction with the University of Education in Danang or with the Danang University of Technology. The committee also honored DTU Vice-Provost Dr Le Nguyen Bao as one of twenty outstanding activists in science and technology in Danang between 1997 and 2017, together with a Certificate of Merit for his remarkable achievements in education and research.
More information about research and international publications at Vietnamese universities can be found by searching on:  ISI International Publications by Vietnamese Universities
Tags:
318