In 2022, DTU Listed in the Top 500 Universities Internationally Times Higher Education is a U.K magazine, specializing in higher education and is well-known for its annual World University Rankings report and others. The universities were judged across five core missions:

DTU was also ranked 107 in the 2022 THE Emerging Economies University rankings. Together with the QS and Shanghai ranking system, THE is one of the most widely respected listings worldwide, with several Vietnamese universities steadily moving up the rankings, confirming that the quality of higher education in Vietnam is gradually catching up with that in developed countries.

On August 15, the Shanghai Ranking Consultancy (ARWU), from Jiaotong University in China, announced their 2021 academic ranking of universities worldwide. Two thousand institutions were surveyed and 1,000 published, with DTU in the 601-700 range. DTU in the 2021 Shanghai rankings

DTU is the second Vietnamese university to be accredited by ABET

On August 24, ABET accredited the DTU Software Engineering program, based on an online evaluation completed in December 2020. 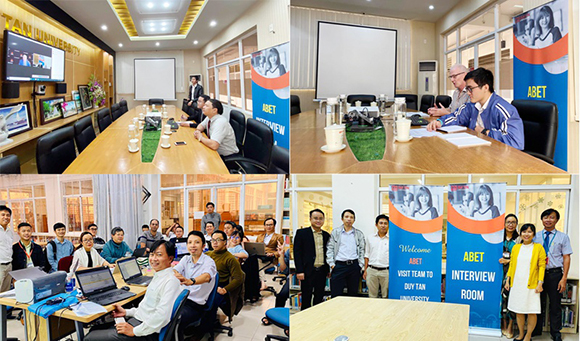 DTU has the most ABET accredited programs in Vietnam

ABET is recognized worldwide for accrediting foreign institutions teaching methods and engineering subjects, was founded in 1932 and consists of four accreditation commissions who set the standards for specific fields and degree levels:

The ABET experts come from 35 organizations, such as ASHRAE, SPE and SME, or from business, academia or government. Up to now, 4,307 programs at 846 colleges and universities in 41 countries have been accredited, including the University of Applied Sciences, in Upper Austria; the Mody University of Science and Technology in India; the AMA Computer University in the Philippines; the Massachusetts Institute of Technology (MIT); the University of California, Berkeley (UCB); Carnegie Mellon University (CMU); Johns Hopkins University; and Duke University. 175,000 ABET students graduate every year and millions in total. The best Vietnamese universities in 2022 URAP uses data from the Web of Science. The three main criteria were the quantities and quality of publications; the citation index; and scientific impact. URAP works independently of university self-reporting and expert voting and is becoming well-known for its objectivity.

In 2021-2022, the top five Vietnamese universities ranked by the Center of World University Rankings (CWUR) in the top 2,000 of 25,000 universities worldwide were:

5. Hanoi University of Science and Technology 1,954

Since 2020, four Vietnamese universities have significantly improved in their rankings. DTU moved up 177 positions to 1,482 and, for the third year in a row, comes in third place, ranking in the top 7.5% of 19,788 universities worldwide.