Nanomaterials for Healthcare - Inaugural Conference of the Vietnam Young Academy

Why you should visit Da Nang in Vietnam in 2019 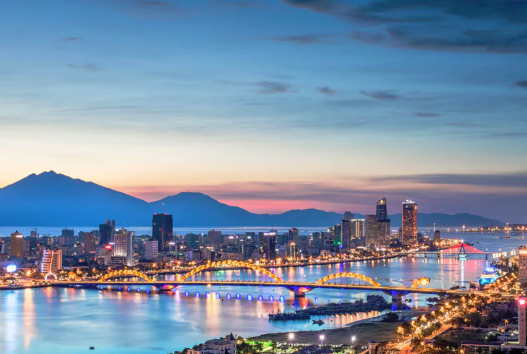 The vibrant Vietnamese city boasts historical relics and stunning beaches – plus it’s perfectly positioned for cultural expeditions
Specialty
#1.
Sometimes the obvious choice isn’t the best choice. The majority of travellers to Vietnam split their visits between Hanoi in the north and Ho Chi Minh City in the south. Da Nang sits equidistant between them and it’s a city with plenty going for it. This former French colonial port is now a vibrant city and resort boasting beautiful beaches and some impressive cultural highlights. 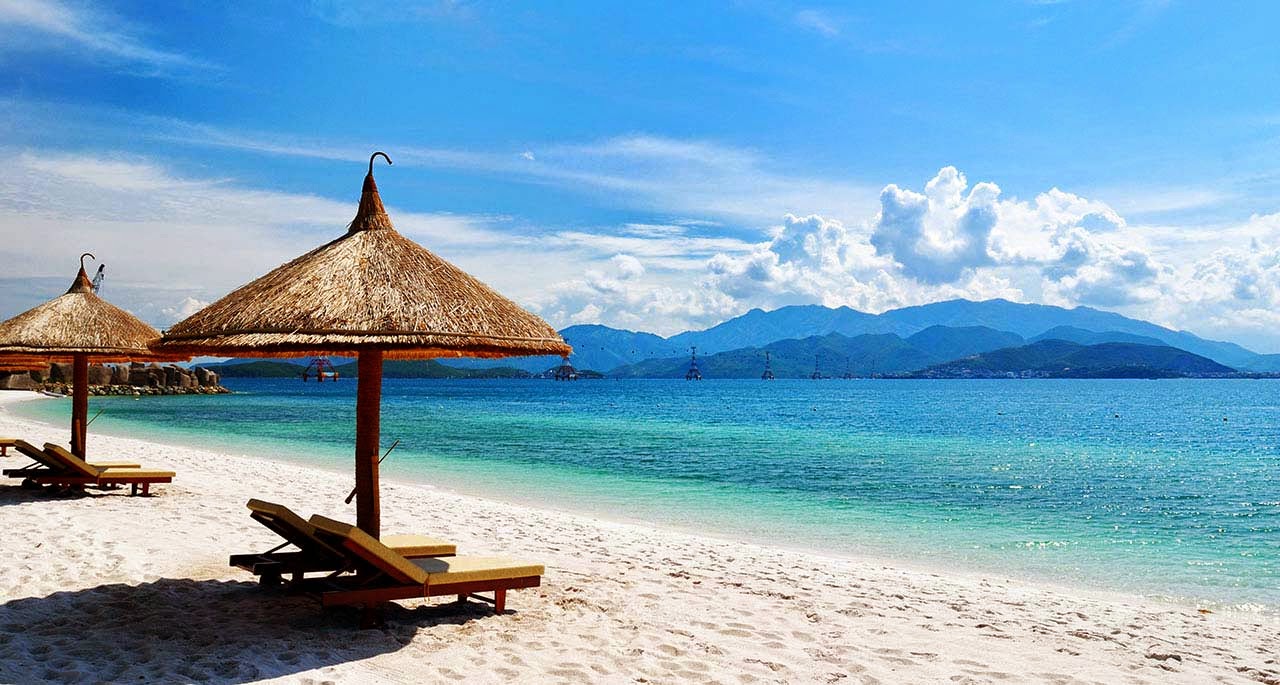 #2.
Its latest infrastructure project is symbolic of its rise: opened in 2013 and constructed to resemble the mythical beast, the huge Dragon Bridge spans the river Han but comes into its own at night when it is vividly illuminated and at weekends when its head actually breathes fire. Elsewhere in the city, the pink Catholic cathedral, aka Rooster Church, is a legacy of French colonial rule from the 1920s; while the country’s more recent, torrid history is on show at The Fifth Military Division Museum, which is filled with relics from the Vietnam War. 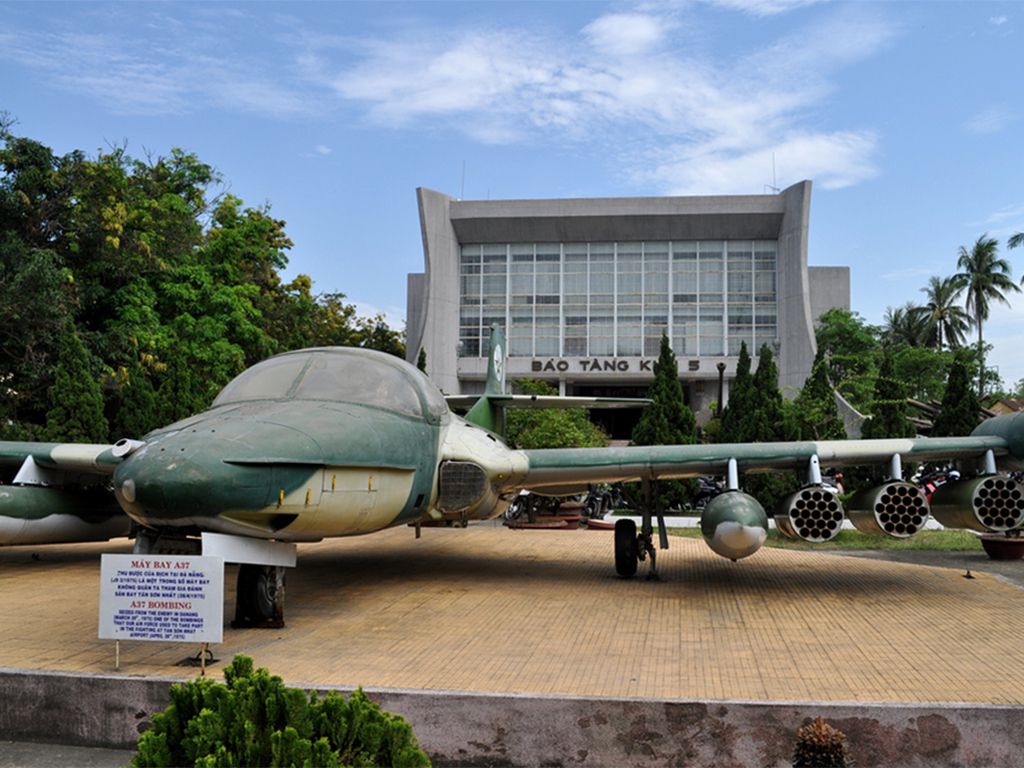 #3.
There are a number of excellent beaches and resorts within easy reach of Da Nang. The closest is My Khe Beach, a popular surf spot that has moved upmarket in recent years since the arrival of some smart hotels. To the north, Lang Co Beach is a photogenic peninsula with a lagoon on one side and a palm-tree-lined beach on the other. There are some major historic sites within easy reach of the city for culture lovers. Hoi An is a former South-east Asian trading post dating back 400 years. The many temples hint at its strong Chinese heritage, and the 18th-century Japanese bridge reveals another key influence alongside the French colonial buildings. At night the banks of the Thu Bồn River are romantically lit by old-fashioned lanterns. 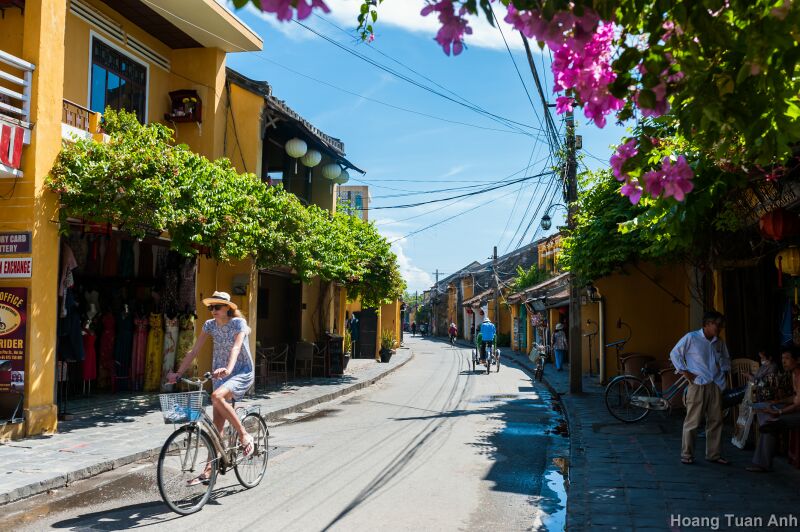 #4.
About 37 miles south of Hoi An, My Son is an ancient Hindu sanctuary, an atmospheric set of ruins scattered with stone sculptures, temples and towers rising from the jungle. This Unesco Heritage Site is a prime example of the Champa civilization and was an independent state from around the 2nd to the 17th century. North of Da Nang, set just back from the sea on the Perfume River, the town of Hué was the royal city and capital of Vietnam under the Nguyen Dynasty between 1802-1945, a reign ended by the rise of communism. Today it’s also a World Heritage Site containing the striking Imperial City, a complex of monuments, tombs and pagodas. The Hai Van Pass mountain pass between Da Nang and Hué is a precariously windy road popularised by Top Gear and a favourite with holidayers who rent motorbikes to enjoy its superb views. 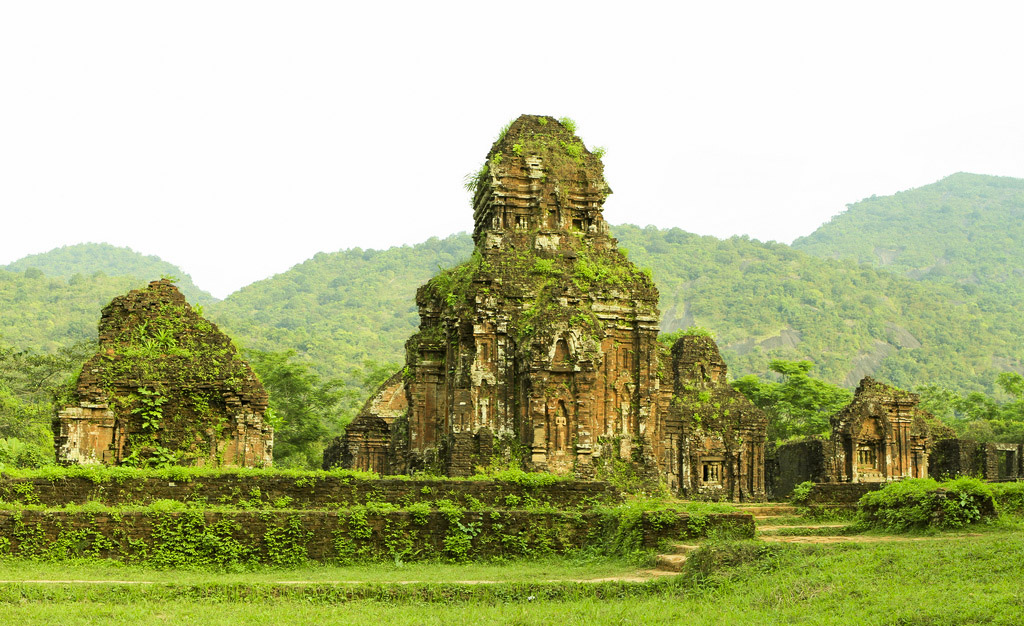 #5.
To the south of the city The Marble Mountains, a cluster of five limestone and marble hills believed to have sprouted from the eggshells of a dragon, also offer fabulous panoramas. Its hillsides are scattered with Buddhist pagodas and temples and populated by red-faced monkeys. When you add into the equation accommodation to suit every pocket and an equally broad range of dining options from food stalls to swish beach restaurants, Da Nang makes a strong case as the base for any Vietnamese journey of discovery. The Hayes & Jarvis Vietnam in Style private tour not only takes in Da Nang, but also Halong Bay, Hoi An, Nha Trang, Saigon and Hanoi. The exciting itinerary includes a Vespa tour, cooking class, a two-night cruise and more, plus accommodation in four- or five-star hotels.
#6Find out more
Hayes & Jarvis is the expert voice on bespoke holidays. Whether you’re keen to soak up the diverse cultures of India, explore the world as part of a small, like-minded group or indulge your inner gourmand with a food and wine-based itinerary, Hayes & Jarvis’ experts will tailor your trip to exceed your expectations. For more information on how Hayes & Jarvis can work with you to create your dream holiday, visit hayesandjarvis.co.uk Complimentary VIP airport transfers (book by 31 January 2019, applicable to addresses within 75 miles of departure airport).
Other sight seeing