Nanomaterials for Healthcare - Inaugural Conference of the Vietnam Young Academy 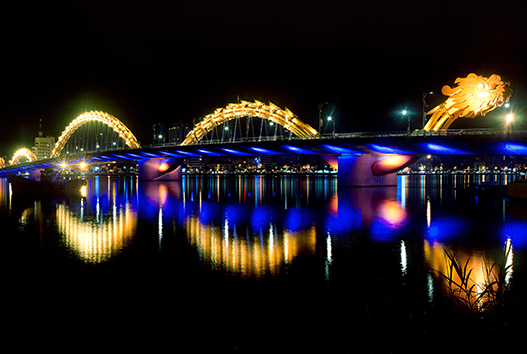 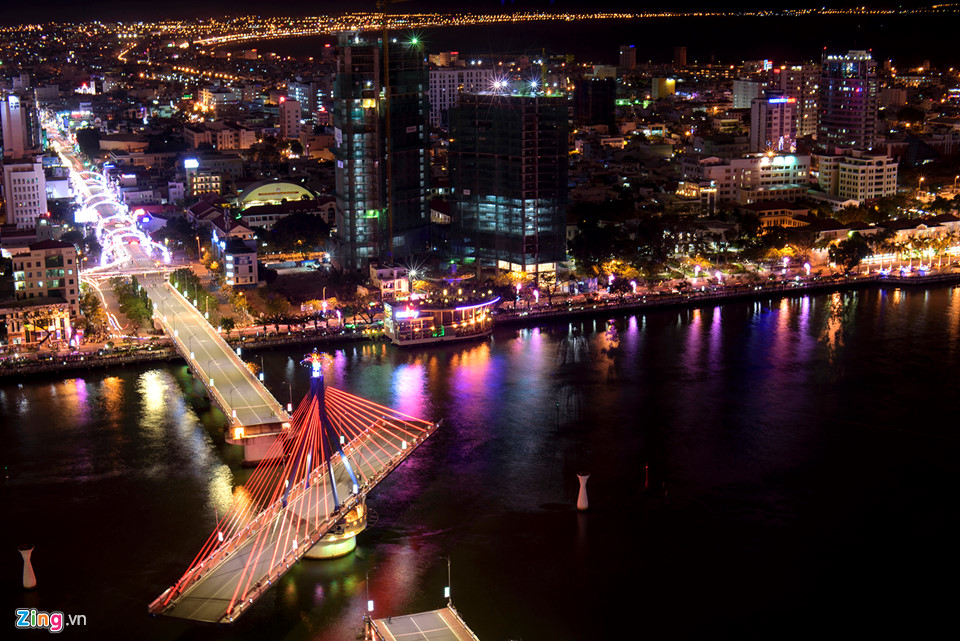 Danang’s bridges do not only contribute to the economic development of the city but also links all the tourist destinations in the city which now has a nickname: the city of bridges. Since Dragon bridge came into operation in March 2013, on the short section along Han River, Danang now boasts six bridges connecting the city downtown to Son Tra and Ngu Hanh Son districts. They are: Thuan Phuoc, Han River, Dragon, Nguyen Van Troi, Tran Thi Ly and Tien Son
Specialty
#1Han River Bridge
Han River Bridge is the first swing bridge in Vietnam. It is 487.7m long, 11.9m wide, includes 11 spans with 33m long each. From 1:30 a.m. to 4 a.m. every day, it will swing 90 degrees. Han River Bridge marks the development of a youthful and energetic city. Designed by Vietnam engineers, Han River Bridge becomes the highlight of embellishing Han River. It is the great pride of Danang people and one of Da Nang’s most-visited attractions in Da Nang. It is 1km from Han River Bridge to Duy Tan University, the host of CDIO ASEAN 2018 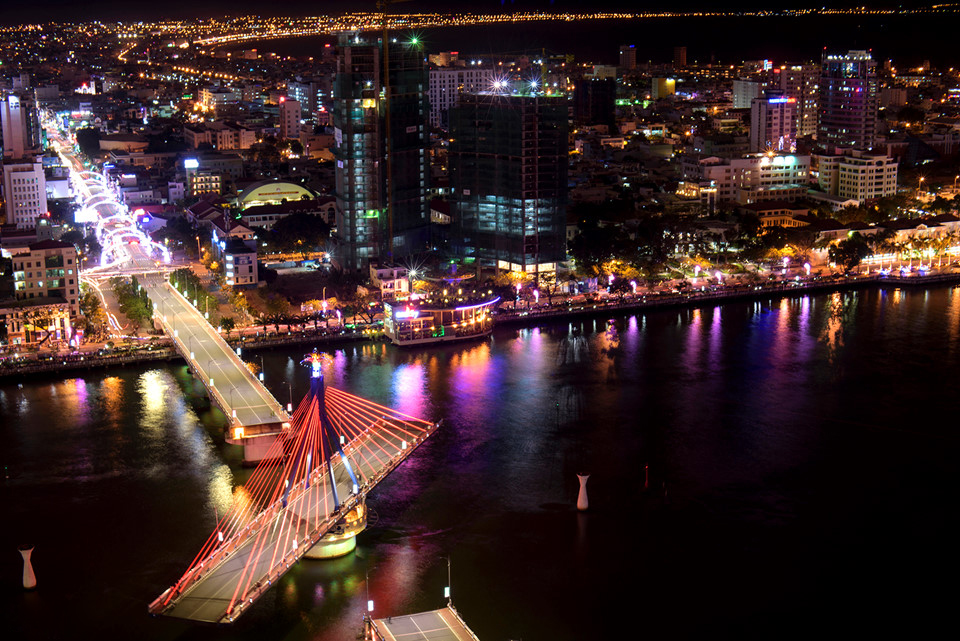 #2Thuan Phuoc Bridge
Right at the sea mouth, Thuan Phuoc bridge is the longest cable-stayed bridge in Vietnam with 1.8 kilometers in length and 18 meters in width, was inaugurated in 2010 with VND 60 billion invested in its huge lights system. From downtown, tourists can tramp along Nguyen Tat Thanh Street, one of the most beautiful streets in Vietnam, running 12 kilometers along Danang Bay from Hai Van Pass to Thuan Phuoc Bridge. On the other side of the bridge is Son Tra Mountain which is famous for Linh Ung Pagoda, Bai But, Bai Rang and Bai Da beaches. Standing on the bridge, tourists can see the five other bridges. It is 2.4km from Thuan Phuoc Bridge to Duy Tan University, the host of CDIO ASEAN 2018.
#3The Dragon bridge
The Dragon bridge was designed by American architecture firm The Louis Berger Group. It is 666 meters long, including a dragon head (18.24 meters), body (680 meters) and tail (19.37 meters). Its width is 37.5 meters divided into a six-lane road. The bridge’s head and tail are designed with dragons from the Ly Dynasty in mind. The bridge ejects fire and water every Saturday and Sunday at 9 p.m. Before stepping on the tail of the bridge, tourists can visit Cham Museum located on 24 Tran Phu Street, which has more than 500 artworks made of terracotta and sandstone. All are dated back to the development of Cham people’s culture from 7th to 15th centuries. On the other side - the head of the bridge, heading for about 200 meters, tourists can relax on My Khe Beach. The beach is suggested as an ideal place for tourists to swim, play beach sports games and enjoy seafood. It is 2km from The Dragon bridge to Duy Tan University, the host of CDIO ASEAN 2018.
#4Nguyen Van Troi Bridge
Crossing Han River and Dragon bridges, tourists will reach Nguyen Van Troi Bridge. Prior to the Han River swing bridge that was subsequently put into operation in 2000, Nguyen Van Troi was the only bridge connecting the west and the east of Da Nang city. It consisted of 14 Poni steel spans with a total length of 513.8m. The bridge size was 10.5m, including the 8.5 part for vehicles and the rest with no margin for pedestrians. After being renovated at a cost of $1 million, the Nguyen Van Troi Bridge becomes the first bridge for pedestrians in the biggest city in Vietnam’s central region. It is 3.8km from Nguyen Van Troi Bridge to Duy Tan University, the host of CDIO ASEAN 2018 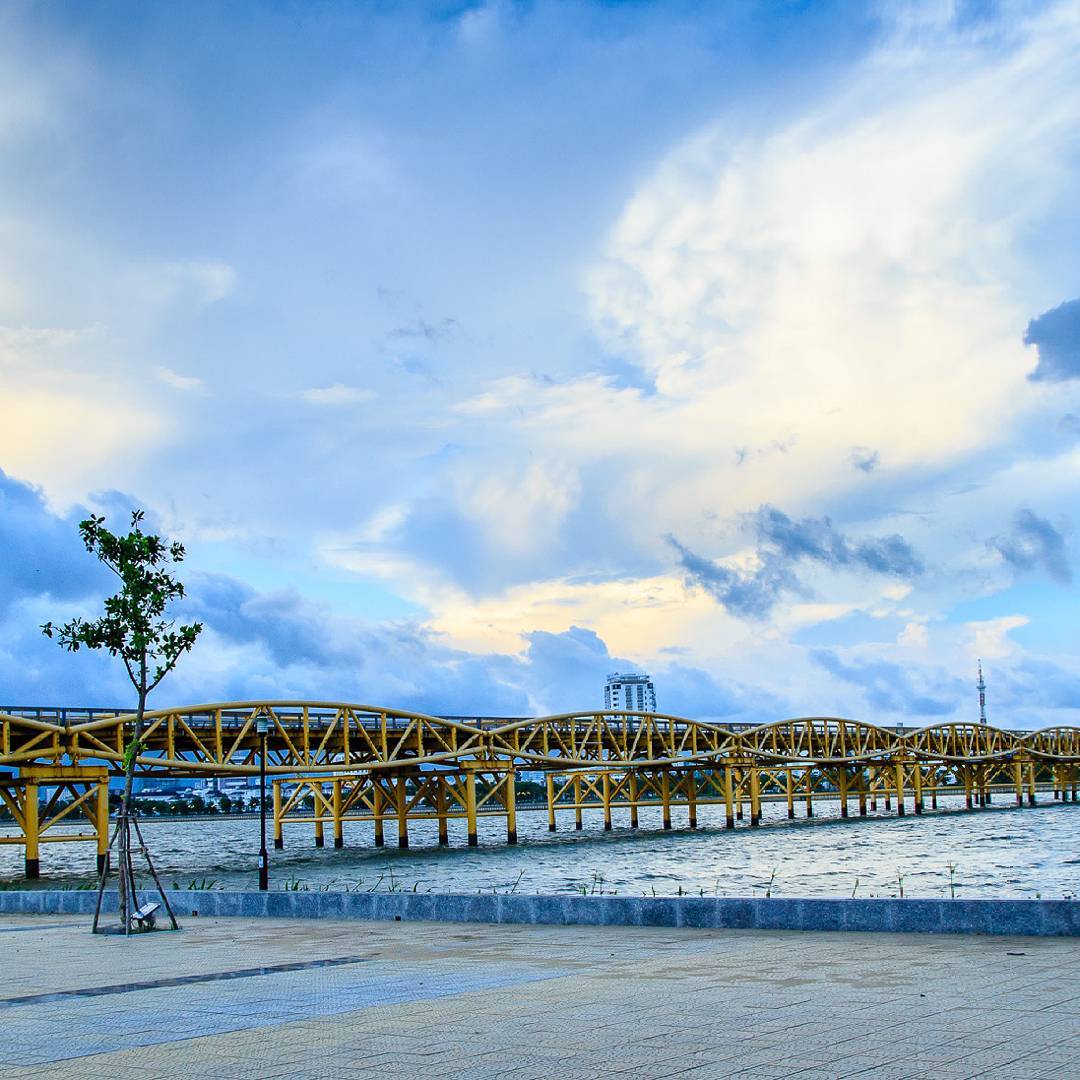 #5Tran Thi Ly Bridge
Da Nang’s Tran Thi Ly Bridge is the fifth bridge up the Han River, about 1 km south of the Dragon Bridge. The construction of the bridge began in April 2009, and it was officially opened to traffic on 29 March 2013. Tran Thi Ly Bridge, with its unique architecture, is a cable-stayed bridge. It is 731 meters long and 34.5 meters wide. It highlights a 12-degree leaning tower with a height of 145 meters. It is believed that the bridge, with the image of sails filled with wind towards the East Sea, not only shows charming and gentle characteristics, but also symbolizes the city’s aspirations for further development in the future. It has one of the most unique architectural styles of all the bridges in Viet Nam. It is 4km from Tran Thi Ly Bridge to Duy Tan University, the host of CDIO ASEAN 2018.
#6Tien Son Bridge
Tien Son Bridge was inaugurated in 2004, with a budget of over VND150 billion from Japanese ODA loans. The bridge is 529 meters long, 25 meters, connecting Ngu Hanh Son District and Hai Chau District. Tien Son Bridge mainly serves the expansion of the Tien Sa port. It is also a major bridge on Highway 14 of the East-West Economic Corridor (EWEC) in the trans-Asia road system located in the territory of Vietnam. It is 9.3km from Tien Son Bridge to Duy Tan University, the host of CDIO ASEAN 2018. 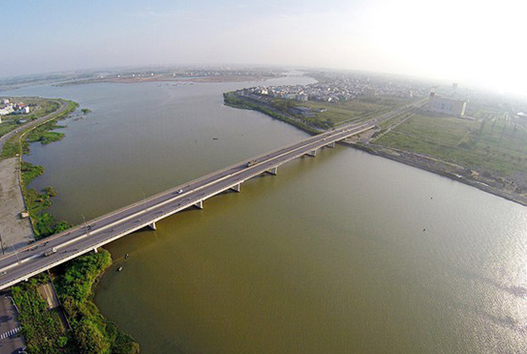 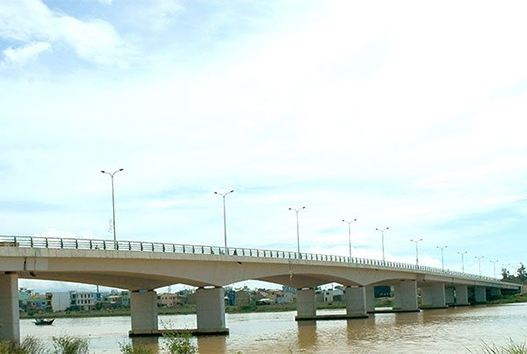 #7The Love Pier
The Love Pier on Danang’s Han River is a wonderful place of long and lasting love, attracting crowds of couples who come to pledge their love and relish their sweet feelings. It’s 68 meters long and 6 meters wide, arcing out into the water, offering a space to enjoy the beauty of the river. Each evening, hundreds of heart-shaped lanterns are lit and their reflection sparkles magically on the water. The pier was inspired by other internationally famous love lock bridges, like the Pont des Arts in France, the Hohenzollern Bridge in Germany and the Milvian Bridge in Italy. The padlocks are locked on the pier and the keys thrown away, signifying eternal, strong love. The concept of the pier is an example of the interest and efforts of the Danang authorities to show their care for the cultural and spiritual lives of their citizens, which is one of the reasons why people are so proud of their city. However, the Love Pier is not only for loving couples, because anyone can go there to show their feelings for family and loved ones, for free. It is 2.9km from The Love Pier to Duy Tan University, the host of CDIO ASEAN 2018. 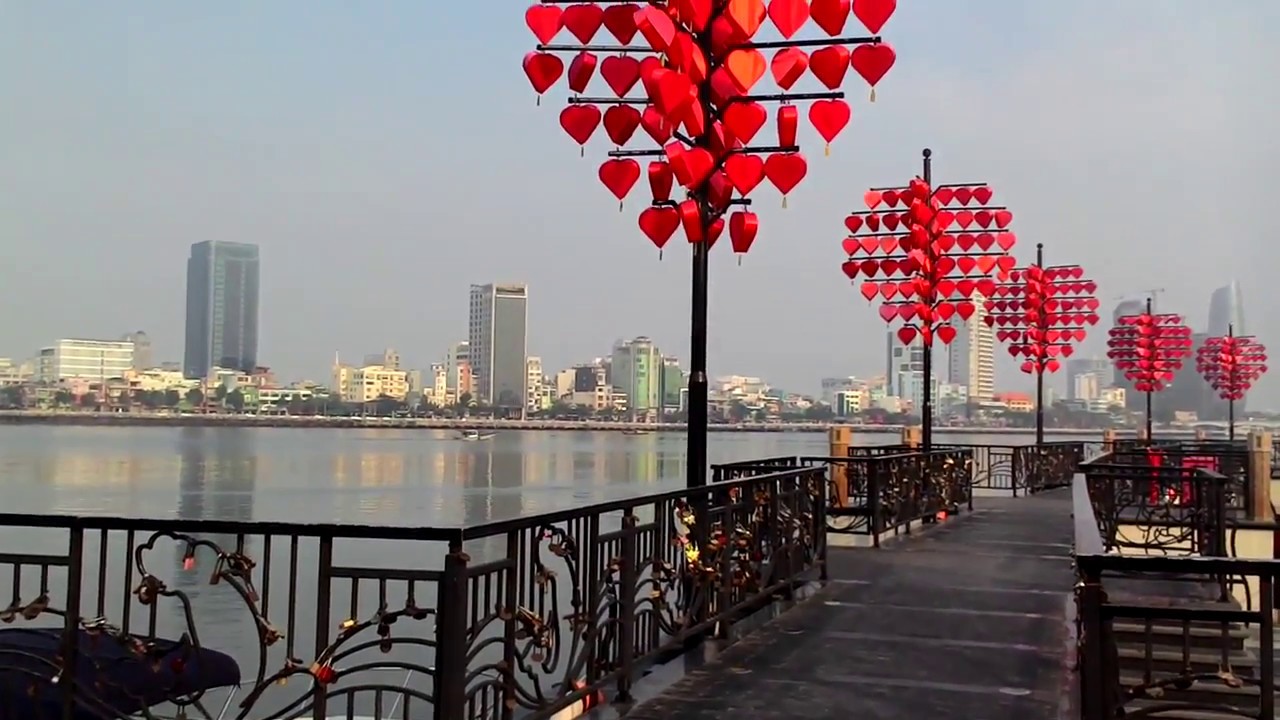